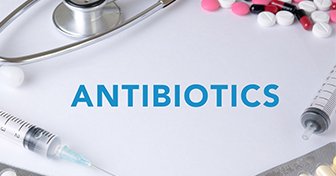 Did you know United States uses 35 billion pounds of antibiotics every year? Did you know nearly 80% of that antibiotic use is for pigs, chickens and cows? Researchers believe the overuse of antibiotics in humans and animals has led to a plague of drug-resistant infections that have caused two million illnesses and killed more than 65,000 people in the U.S. last year — more than prostate and breast cancer combined. The Associated Press has reported that the rise in the use of antibiotics is part of a growing problem causing antibiotic resistance worldwide. According to the CDC “antimicrobial resistance is one of our most serious health threats…research has shown that patients with resistant infections are often much more likely to die, and survivors have significantly longer hospital stays, delayed recuperation, and long-term disability”. It is without question then when antibiotics are overused in this way, it threatens public health in a serious manner. As a result diseases such as Methicillin Resistant Staph Aureus (MRSA), Clostridium difficile (C. difficile), Neisseria Gonorrhoeae, Salmonella, Streptococcous pneumonia and tuberculosis (TB), aka the “super bugs” have made a come back in newer and deadlier forms. These super bugs spread on the farm, cross contaminate other things they come into contact with and contribute to antibiotic resistance in hospitals, health care settings and communities.

You might be wondering why then is it necessary to use such large quantities of antibiotics in livestock production. Antibiotic use in animals is intended for (a) treatment of infections in diseased animals (b) prophylaxis (when there is no disease but the goal is prevention… in reality that translates into… for prevention of disease in crowded and unsanitary conditions) and c. in very low or sub-therapeutic doses for faster growth of the animal. Often treating one animal individually may be more challenging than treating the entire group, which is done by medicating their food and water. This form of mass medication is much more efficient and is used more commonly in the care of poultry and fish. Some producers may use prophylactic antibiotics in times of high risk such as during transport of the animal.

The most concerning of these indications is in fact the sub-therapeutic doses used for faster growth of the animals. Since the 1950s, livestock farmers have figured out that feeding small, yet regular doses of antibiotics to cattle, pigs and chickens can help promote growth and improve feed efficiency (In other words, the animals get fatter with less food). The regulations on this type of antibiotic delivery is more ambigious and occurs with minimal to no veterinary oversight. In a 1999 a Department of Agriculture study showed over 80% of feedlots did administer at least one antibiotic to the cattle’s food or water. Monensin, a commonly used antibiotic in cattle and dairy industries, is used for growth promotion and for prevention of coccidiosis infections. However in horses this antibiotic has been found to be fatal! Alternatively another common antibiotic used for the same indication is called Lasalocid. Studies have been documented showing Lasalocid toxicity and death in dairy calves from myocardial necrosis, heart failure and lung edema!

Due to growing concerns about this emerging worldwide problem, the sub-therapeutic use of antibiotics in animals has been banned in many countries in the European Union and Canada. However in the United States its use is still legal.

More surprisingly the Environmental Working Group has determined that government tests of raw supermarket meat detected antibiotic resistant bacteria in: 81% of ground turkey, 69% of pork chops, 55% of ground beef and 39% of chicken breat/wings/thighs!!

So what can you do to keep your family safe from serious infections and antibiotic resistance?

1.Prevention: The best way to prevent the spread of microbes and germs is proper hand washing. Using soap and water to scrub for at least 20 seconds is the best way to keep them clean. During illness staying home and resting is the best way to minimize spread. Practice caution if you are sick with a cold or gastrointestinal illness and need to prepare food for others.

2. In the kitchen: Keep countertops, cutting boards and sink clean at all times. Use separate cutting boards for raw meats and other food items to prevent cross contamination.

3. Avoid overprescribing doctors. It’s interesting to note that the frequency with which doctors prescribe antibiotics varies greatly from state to state. Many mild or viral infections may not require antibiotics.

4. With buying meat: try to pick organic, hormone and antibiotic free meats as much as possible. Buy your meat from butchers you trust and ask questions about the source of their meat. To find meat raised without antibiotics you can also refer to: http://www.realtimefarms.com/fixantibiotics